London On Your Own 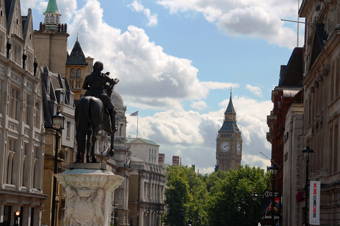 Discover London at your own pace on this tour which allows you to roam this fascinating city on foot, by subway or black cab. Today, you are the master of your destiny and London is your willing accomplice!

Your day starts with a scenic motorcoach ride from Southampton dock to bustling Central London, where you will disembark at Park Lane. This is a wonderful jumping off point for your independent exploration.

Several of the city's chief sights are nearby or a short underground ride away and you will have approximately four hours to spend as you please, including taking time to lunch at the eatery of your choice.

This excursion is completely unguided and does not include entry fees, although city maps will be provided for your convenience.
Some of the sights you may wish to seek out include Buckingham Palace, Kensington Palace, Harrods department store, St James's Park, Trafalgar Square, the British museum, Tate Modern and the National Art Gallery.

You will have time to enjoy a stunning panorama of the city from the London Eye, a giant sight-seeing Ferris wheel, and further down the River Thames you will find the Tower of London, home to the Crown Jewels, and Tower Bridge.

Explore some of the capital's religious sites such as Westminster Abbey and St Paul's Cathedral, or seek out the impressive Houses of Parliament, Big Ben, and nearby 10 Downing Street, the London residence of the British Prime Minister.

Passengers who are keen shoppers might want to stroll along Oxford Street, Regent Street or enjoy the street theater at Covent Garden, which also boasts a covered market and quaint cobbled lanes.

Rejoin your motorcoach at the appointed time for the return to Southampton, passing by rolling green fields and typical English countryside.

Depart from ship for free time in London