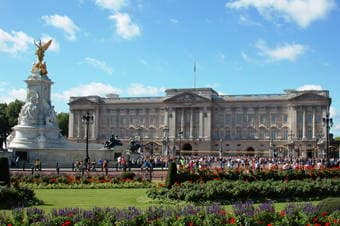 This spectacular full day's excursion will transport you from the busy port at Southampton Docks, to the very heart of London's West End, and around many of the capital's most loved sights.

Your guide will accompany you on the coach ride to London, where you will head directly to the center of the city. Drive along Oxford Street, the capital's busiest shopping thoroughfare, and Regent Street, which boasts many large department stores, before stopping at lively Piccadilly Circus. There will be many wonderful photo-opportunities throughout the day, and you will notice that many of the landmarks are within walking distance of each other.

One of your first stops will be Westminster Abbey, a breath-taking Gothic building, which has been the location for many Royal coronations, funerals, and weddings, including that of the present Queen Elizabeth II.

Nearby you will view the Houses of Parliament, including the House of Commons and the House of Lords, as well as the capital's most cherished time-piece, Big Ben. Across the River Thames, from this location, you will also be able to view the Millennium Wheel, also known as the London Eye, and many of the historic buildings along the South Bank, including the Tate Modern gallery.

Your tour continues with a drive around Trafalgar Square, where you will view Nelson's Column and the impressive National Gallery, beforepassing by the Queen's official London residence, Buckingham Palace, which sits next to picturesque St James' Park

Carry on to St Paul's Cathedral, a stunning building designed by London's master architect, Sir Christopher Wren, in the late 17th century. View the striking green dome and stone steps that lead up to the cathedral.

Driving to the east of the city, you will then drive by the amazing Tower of London, a magnificent fortress in the middle of London. Constructed by William the Conqueror it became notorious as a royal prison and the site of bloody executions but is now home to the Crown Jewels, and the red-jacketed Beefeater Guards. Nearby you will be able to take photographs of the Victorian-era Tower Bridge, which is now crossed by around 40,000 people a day.

The guides usually do not accompany the buses on the return drive from London to Southampton.

Passengers should expect to encounter stairs at the pubs.

Buckingham Palace in located inside St James' Park – access to the park by coach on Sundays and Bank Holidays is not allowed and access any other days might be restricted at short notice due to traffic congestion, events taking place or safety reasons.

Depart from ship for a narrated driving tour of London past Oxford Street, Piccadilly Circus, and Trafalgar Square

Lunch at a traditional local pub

Return to your ship following your tour of London