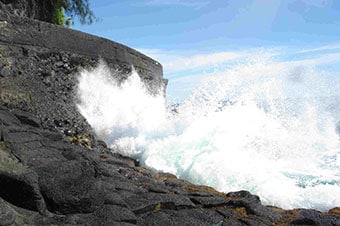 You'll make a photo stop at Orofara Lookout Point and at the Tomb of Pomare V, the last king of Tahiti who ruled for only a short time before his controversial decision to transfer sovereignty of his territories to France in 1880. Before returning to the ship, see city highlights such as the Chinese cemetery and temple, the Presidential Palace and government buildings.