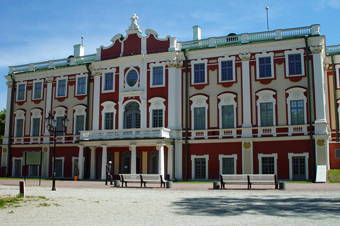 Experience Tallinn, Estonia's Capital City, on a narrated drive and walking tour during this exciting half-day journey. Board your motorcoach for a ride to Toompea Hill. Drive around the Old City's medieval walls, gates and watchtowers before disembarking your motorcoach near Toompea Hill for the short walk into the Upper Town of Old Tallinn.

Toompea or 'Upper Old Town' is the home of some of Tallinn's oldest architectural wonders. From Toompea Hill, take a short walk to Palace Square. In the square you will see Toompea Castle, the current home of Estonia's Parliament. On the southwest side of the castle stands the Pikk Hermann Tower, topped by the national Estonian flag of blue, black and white.

Next visit a historic Russian Orthodox Cathedral. Alexander Nevsky Cathedral serves as the dominating landmark in Palace Square. This cathedral serves as a living relic of the Russian Empire, and a strong testament to the influence of years under the rule of Russian Tsars on Estonia. Gaze towards the sky to witness the cathedral's cupolas and golden crosses rising high above the rooftops of the Upper Old Town. You will have a chance to step inside this working cathedral to view the golden icons and mosaics, which still line the walls today.

Your next stop will be the Gothic St. Mary's Cathedral. Simply called the 'Dome Church' by the locals, St. Mary's Cathedral is the city's oldest church and an architectural landmark that has played a prominent role in Tallinn's history. It has served as a burial site for the nobility since the 15th century, and inside you will see elaborate medieval tombs and more than 60 medieval coats of arms.

After enjoying the architecture of Upper Old Town, head to the outlook point beyond Dome Church and take in panoramic views of Tallinn's red-gabled rooftops and copper church spires. Relax and browse for local souvenirs as you wander the cobblestone streets.

Board your transportation and head to Kadriorg Park. Once you arrive at the park, travel though the grounds to Kadriorg Palace. Founded by Peter the Great, the well-preserved palace's main hall is one of the best examples of Baroque architecture in all of Northern Europe. Besides Russian and Italian artists, masters from Stockholm, Riga and Tallinn contributed to the construction of the palace. Since the Russian Revolution, the ornate palace rooms have been used as Foreign Art Museum of Estonia. Enjoy the museum's historic collection. After visiting the museum, enjoy a short stroll in the colorful gardens surrounding the palace. Finally, board your motorcoach and return to the ship.

On Sundays and days of religious events, the Dome Church will be seen from the outside only due to church services.

Tour buses are not allowed to drive inside the Old Town. The walking distance from the bus parking to the Old Town may vary as it is up a hill.