Best of Tallinn Guided in French 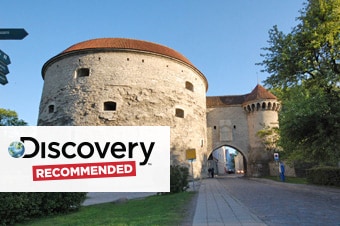 Head downhill into the Lower Old Town or 'All-linn.' Medieval Tallinn was the northernmost member of the powerful merchant alliance called the Hanseatic League, and the Lower Old Town is the heart of the old trading city. Enjoy a coffee break before walking to Town Hall Square. The city's Gothic Town Hall was completed in 1404. The Hall is topped with a weathervane depicting 'Old Thomas,' an ancient city guardian considered the city's enduring symbol. Enjoy free time to explore on your own. The other major landmarks include the 14th century Church of the Holy Spirit.. The church boasts the city's oldest timepiece, a painted clock dating to the 1600s.

This tour is guided in French.

It involves extensive walking over uneven and cobblestone surfaces. Not recommended for guests with limited mobility.
Flash photography and video cameras are not allowed inside Alexander Nevsky Cathedral or the Dome Church. During Sunday port calls and in the event of religious events, exterior viewing only is available at both the cathedral and the Dome Church.

On public holidays on June 23rd, 24th, august 20th and during special events Great Guild House is closed for visits.

Please note that there are more than 30 steep steps inside the Great Guild house.