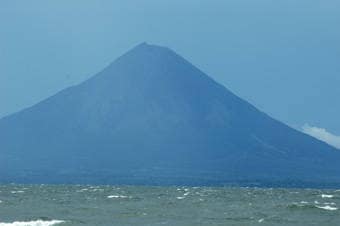 What You Will Visit:
Masaya National Park
Nicaragua's first and largest national park, the still-active Masaya Volcano glows fiery read and billows smoke. Eruptions were once believed by the indigenous people to be signs of anger from the gods, and sacrifices were made to appease them. The Spanish Conquerors, dubbed it the "mouth of hell" and erected a cross on the crater in the 16th century in an attempt to exorcise the devil. Established in 1979, this national park is a marvel of nature with its two towering volcanoes, Masaya and Nindirí, five craters, sulfurous, spewing fumaroles, lush forest and crater lagoon.

Granada
The picturesque colonial city of Granada, situated on the shore of Lake Nicaragua, was founded in 1524 by Spanish conquistador Francisco Hernandez de Cordoba. Its rich architectural and cultural heritage is showcased around every corner of its cobblestone streets and in its quaint churches, brightly painted structures and elegant squares.

What You See Along the Way:
Lake Nicaragua
A massive, oval-shaped body of water situated in the central southern part of the country, Central America's largest lake is known as Lake Nicaragua. Surprisingly, Lake Nicaragua, despite being a freshwater lake, has been found to harbor sharks in its waters.

Apoyo Lagoon
Apoyo Crater, now an enormous lagoon, was formed 23,000 years ago when hot springs filled the crater of a dormant volcano. Today, this massive turquoise lagoon, Nicaragua's cleanest and deepest lagoon at 656 feet, is home to abundant flora and fauna.

Catarina Viewpoint
When you stop on one of the highest hills surrounding the Apoyo Lagoon, you'll want to have your camera ready to capture dramatic images of the whole lagoon, the Mombacho volcano which borders the lake, as well as Lake Nicaragua glistening behind it.

Tour visits the Masaya Volcano only. The Mombacho Volcano can only be seen from a distance at Catarina Viewpoint. Sightings from the viewpoints depend on weather conditions and are not guaranteed. Drive time is approximately one hour and forty five minutes each way. There is shopping opportunities at Catarina & Granada. Lunch will be served at Colonial Restaurant in Granada.

Depart to the Masaya Volcano

Depart from the Masaya Volcano to the lunch venue (Granada)