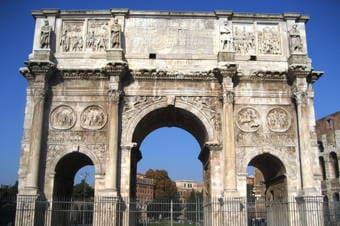 The significance of the Catholic Church in Rome cannot be overstated, as is evident in the preservation of its spectacular basilicas and churches. The Church of Santa Maria Maggiore is one of the great basilicas f Rome. Tradition has it that this magnificent structure was built on the site of an apparition of the Virgin Mary, and that the floor plan was miraculously laid out in snowflakes after a storm.

For tours that offer more in-depth exploration with actual visits to one or more sites, see the other options in this port..

Guests must be able to walk approximately 0.6 mile over uneven surfaces.