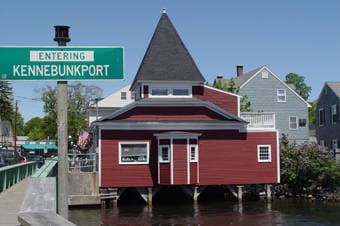 Step aboard your air-conditioned transportation and head south to the charming coastal village of Kennebunkport, the summer home of former President George H. Bush and view Maine's breathtaking rocky coast. Prosperous as a shipbuilding center like many of Maine's coastal towns during the late 18th century, affluent visitors flocked here from Boston and made the small village their summer home. As you approach Kennebunkport, you'll see stunning Federal, Greek Revival, and Victorian-style mansions lining the picturesque streets. Built during the 18th and 19th centuries by wealthy sea captains and merchants, many of these homes are still used as family dwellings.

Your tour will also take you past the Bush estate, known as Walker's Point, and former summer White House where world leaders including British Prime Minister Margaret Thatcher and Soviet Prime Minister Mikhail Gorbachev often visited for private meetings. (photographs of Walker's Point can only be taken from the bus).

Guests will have approximately one hour of free time in Dock Square of Kennebunkport.

Depart Kennebunkport for the return to the pier