Paris On Your Own 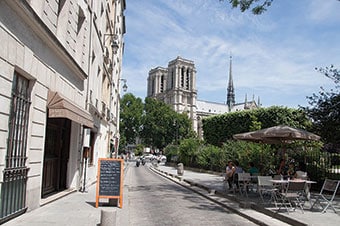 Your tour begins as you board your motorcoach for a scenic, three-hour drive to the city center.

Upon arriving, you'll disembark at Cour de la Reine near the Place de la Concorde, a favorite place for shopping and sightseeing on the right bank.

You'll spend the half-day on your own, exploring all that Paris has to offer. City maps are provided to help you plan out your day.

If you're an art lover, the Louvre Museum is a "must," as it's the home of the Venus de Milo and the Mona Lisa.

After a full day of exploring the "City of Light," you'll rejoin your motorcoach along the Cours de la Reine for a relaxing drive back to the pier.

The drive between Le Havre and Paris is approximately three hours each way.

Paris is very crowded during the summer months with visitors, please note there will be long lines at the Eiffel Tower and Louvre Museum.

Shopping is limited on Sundays.

Depart from ship for free time in Paris