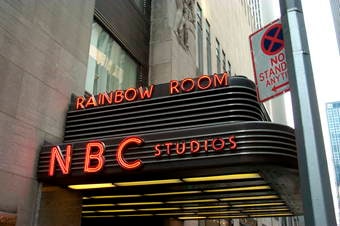 Immerse yourself in the magic of New York City with this full-day, guided tour. Your excursion begins at the pier where you'll board your air-conditioned transportation before heading to Manhattan for a narrated tour of the Big Apple.

Heading uptown you will visit Lincoln Center for the Performing Arts, an important Cultural Center. The layout of Lincoln Center's three main buildings the Metropolitan Opera, the New York Theatre, and Avery Fisher Hall is modeled on Michelangelo's Piazza del Compidoglio in Rome. Before being bulldozed, the neighborhood served as the backdrop for the movie "West Side Story". Today, the venue employs over seven thousand people and attracts over five million patrons to its performances each year.

Driving past Central Park, along Fifth Avenue, you'll visit Rockefeller Center and head to the Top Of The Rock Deck, 70 stories above the city. The view itself is astonishing, often considered the best views of New York, offering unobstructed 360 degree view of the city and stretching for miles in each direction. Back on the ground, you'll also see the famous home of NBC's Today Show and Rockefeller Plaza, the annual location for the grand Christmas tree and ice-skating rink.

You'll have approximately 90 minutes to shop and enjoy lunch on your own.

Next continue through Times Square and the Garment District on your way to Heard Square. This neighborhood remains predominately a shopping district. See the famous Macy's on 34th Street, the world's largest department store. Continue past the world-renowned Madison Square Garden, home to numerous sporting events and major musical acts.

Ride through historic Greenwich Village, home to the City's civil rights and equality movements as well as charming townhouses, jazz clubs and tree-lined streets. You'll also check out the upscale SoHo neighborhood (South of Houston Street), featuring trendy boutiques and bespoke art galleries. Of course, a trip to Manhattan would not be complete without visiting vibrant Chinatown as well as the hustle and bustle of Little Italy, both part of New York's remarkable ethnic diversity..

While in lower Manhattan, you'll stop at Battery Park for picture-perfect views of Ellis Island and the Statue of Liberty, the historic "Gateway to Freedom." You'll also pass by Wall Street, the economic engine of the Financial District and the birthplace of America's financial institutions. At the 9/11 Memorial, pay tribute to those lost during the September 2001 terror attack, and take in the grandeur of the city's new tallest building, One World Trade, or, The Freedom Tower.

This all-day tour is the perfect way to experience the best that New York has to offer!

Sequence of tour stops may vary. Depending on traffic or street closures, some sights may not be accessible. Lunch is on your own at Rockefeller Center. This tour is only available on select itineraries. Please consult your Cruise Personalizer for availability.

Explore South Street Seaport or Macy's area if inclement weather, Lunch on own

Visit The 9/11 Memorial and Winter Gardens

Enroute back to pier