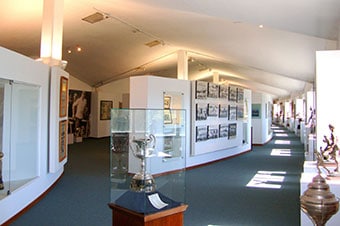 Established in 1726, Montevideo is a vibrant, eclectic, cosmopolitan city that is the hub of commerce and higher education in Uruguay. Ranging from colonial to Art Deco and influenced by Spanish, Portuguese, Italian, French and British immigrants, its stunning architecture reflects its history.

You will have the opportunity to experience the sublime beauty of this port city during this half-day, moderately-active excursion that begins at your pier. Accompanied by a friendly and knowledgeable guide you will set out on a narrated drive about town via transportation.

Your guide will regale you with the history and culture of Montevideo as you take in views of several city highlights. Drive by the Graf Spee Monument made from the anchor of a Nazi Battleship scuttled off the coast in WWII. Continue through Ciudad Vieja, the oldest barrio (neighborhood) in the city. It boasts some of Montevideo's most famous tourist sites such as the Solís Theatre, the Metropolitan Cathedral and the Museo Torres García. Photo stop at Plaze Independencia site of a masive equestrian mounment and mausoleum of Uruguayan hero Jose Artigas.

Capture the historic elegance of Montevideo during several photo stops throughout your excursion. See Prado Park where Jose Buschental, a 19th-century financier, built his estate - complete with exotic animals and plants from around the world! Today, this lovely park is noted for its historical monuments and the lush Botanical Garden. Stop at Batlle y Ordonez Park, offering views of one of the city's first hospital and Montevideo's soccer stadium including an inside visit to the Soccer Museum.

Step off your transportation and step into the exciting world of World Cup Soccer with a visit to Montevideo's Soccer Museum. Located in the Centenario Soccer Stadium which was built for the First World Cup Championship in 1930, the museum exhibits covers Uruguay's Olympic successes as wells as the two World Championships won by the country's national soccer team. It is a must-see for footbol lovers.

No tour of Montevideo is complete without a visit to the graceful Legislative Palace, considered one of the three most beautiful legislative buildings in the world. Designed by Italian architect Gaetano Moretti it was built between 1908 and 1925 and inaugurated on 25th of August, 1925 in celebration of the Centennial of the Declaration of Independence. From its magnificent center lobby covered in marble and granite to the intricate in-laid woodwork in its unparalleled library, it is an architectural wonder to behold.

Following your tour about town, enjoy a scenic drive along La Rambla, a 13-mile stretch along the city's coast which is a popular gathering place for tourists and locals alike. Take in the beauty of Montevideo's breathtaking beaches prior to returning to your Princess ship in the harbor.

The order of sights visited may vary. For the Emerald Princess January 1, 2018 call, the Casapubelo Museum will be visited in lieu of the Ralli Museum

Depart from ship for a photo stop for Plaza Independencia

Return to your ship following your city drive