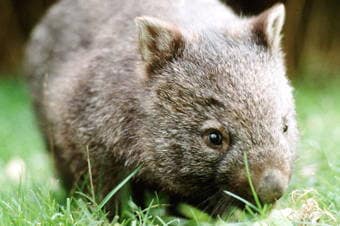 Departing from your ship, you'll board a motorcoach for the scenic ride to Healesville Sanctuary, nestled in the foothills of the lush Yarra Valley. Here, you'll get to explore the natural bush setting and see many of Australia's native wildlife. Get close to over 200 species of Australian wildlife, including platypus, koalas, emus, Tasmanian devils, lyrebirds, wombats and eagles. You won't want to miss the Sanctuary's new Platypusary that reveals the previously hidden world of platypus breeding and care, as well as a working wildlife hospital with unprecedented views into the care of sick, injured and orphaned wildlife.

From your Sanctuary visit, you'll re-board your motorcoach for a short ride to the Yarra Valley and one of the renowned Winery Restaurants. Like Bordeaux or Burgundy in the South of France, or the Tuscany region of Northern Italy, the Valley is a world class, world-renowned wine region. Home to over 55 wineries, it's recognized as a producer of exceptional sauvignon blanc, chardonnay, pinot noir, shiraz and cabernet sauvignon. You'll get to sample of few of these stellar wines and then enjoy a delicious first-class two-course lunch.

After your repast, you'll enjoy a scenic ride back to the city for your River Cruise. As you wind through the fertile Valley, you'll pass farms and vineyards and within the city, you'll be able to see such notable sites as the Princess Theatre, Melbourne Park, Cricket Grounds, The Arts Center and St. Patrick's and St. Paul's Cathedrals. Although Melbourne is situated on the shores of one of the largest bays on the Australian coast, the Yarra River is the city's main water way. That's because one of the "most livable cities in the world" grew from the banks of the Yarra. In early times it was the major food source and meeting place for indigenous Australians and the early European settlers used it primarily for agriculture. Today, it's one of the busiest ports in the country. During your cruise, you'll enjoy a different perspective of the city, sailing past some of the more notable sites including the vast Royal Botanic Gardens founded in 1846, and the Melbourne and Olympic Park Sports Precinct, considered to be Australia's premier sports complex that regularly hosts some of the biggest domestic and international sporting events. The venues have also previously hosted the 1956 Summer Olympics and 2006 Commonwealth Games.

Your day comes to an end as you return to your ship, having experienced some of the best of Melbourne.

Passengers must be over the age of 18 to participate in the wine tasting at the wineries.

Depart from ship for a scenic cruise up the Yarra River past the Botanic Gardens, Sports Precinct and Herring Island

Narrated driving tour enroute to a visit of Healesville Sanctuary