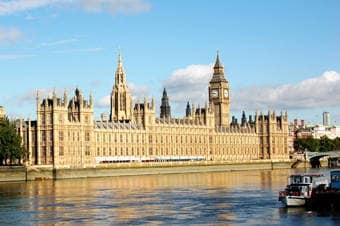 This memorable day out starts with a scenic motorcoach drive from the port at Southampton Docks to the heart of London, the UK's vibrant capital.

Soak up English countryside as you whiz along the motorway before arriving at some of the city's most well-known landmarks including Oxford Street, the capital city's busiest shopping district, Regent Street, Piccadilly Circus and Trafalgar Square, which features striking Nelson's Column.

Your first photo stop of the day will be Westminster Abbey, a world-famous Gothic building, which was built in 1066, and is the resting place of many Britain's monarchs, as well as the setting for weddings and coronations. The elaborate Abbey is also home to the poignant 'Tomb of the Unknown Warrior', which represents the thousands killed in World War I.

You will then head to the London Eye, which was originally built as a temporary celebration of the Millennium but proved so popular it became a permanent fixture along London's vibrant South Bank.

Essentially, a giant 21st-century Ferris wheel, visitors walk directly into the specially designed glass capsules located on the wheel's exterior, for an approximately 35-minute ride that lifts you high above the city. Offering extraordinary views of London on a clear day, you will be able to see as far away as Heathrow Airport, Windsor Castle, Alexandra Palace to the north, and Crystal Palace, to the south of the city.

Then it's time to board your boat for a gentle cruise along the River Thames. Your vessel features a glass observation deck, as well as an open-air promenade, enabling you to enjoy the spectacular views of the city as you head towards two spectacular landmarks: the Tower of London, and Tower Bridge. Along the way you will also be able to take photographs of the gothic Houses of Parliament, as well as the city's largest timepiece, Big Ben.

Enjoy a delicious lunch in central London before heading back to Southampton along the motorway, passing by more of England's green countryside.

THIS TOUR IS NOT AVAILABLE TO PASSENGERS EMBARKING OR DISEMBARKING IN SOUTHAMPTON.The drive between Southampton and London is approximately two hours each way. Traffic delays and large crowds should be expected in London.

The sequence of the tour may vary.

The guides usually do not accompany the motorcoach on the return drive from London to Dover.

Scenic cruise on the Thames River

Ride on the London Eye

Inside visit of Westminster Abbey