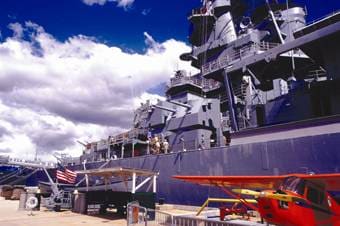 Expect crowds when visiting the USS Arizona Memorial. The wait to view both the film at the Visitor Center and then to board the naval launch to the memorial can take approximately 1 3/4 hours.