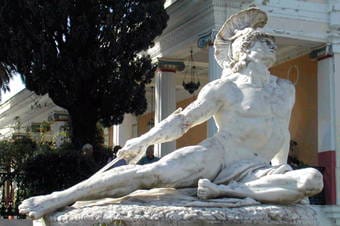 Flash photos are not permitted in either palace.

Anticipate a few steps when visiting Achilleion Palace as well as two staircases without handrails to visit its gardens.Mon Repos Palace is reached after an uphill walk of 800 yards (732 meters). Use of an audio headset (included) will enhance your tour experience.