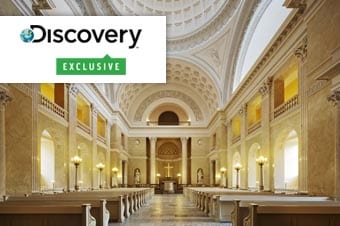 You'll marvel at all you see on a guided tour. Walk from floor to floor taking in the richly decorated rooms and majestic halls. Inside the Throne Room, you'll learn that the throne is not actually used, as the Queen prefers to be more informal when receiving guests.

Adjacent to the palace itself sits the Royal Chapel, a neoclassical building constructed in 1826 and used for religious ceremonies pertaining to the royal family, such as baptisms, confirmations and weddings. Frighteningly, in 1992, the chapel was set ablaze by a carnival rocket. It sustained considerable damage but was lovingly restored and re-inaugurated in 1997, coinciding with the 25th anniversary of Queen Margrethe II's reign. Here you'll get a guided tour behind the scenes that's otherwise closed to the public.

Tour may operate in different order. Flash photo and video is not permitted inside Christiansborg Palace. Slippers must be worn over footwear at Christiansborg.
Visit to the Castle will involve stairs and there are no seating possibilities. There are approx.100 steps to be negotiated in the castle and therefore this tour is not suitable for passengers in wheelchairs and with walking difficulties.