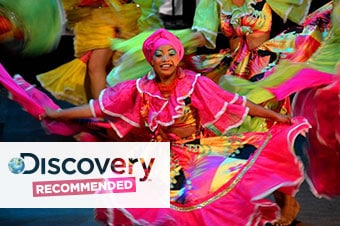 Step back in time and explore a charming old world city born at the height of the Spanish Main. Relive the days when Spanish galleons roamed the seas and conquistadors and padres ruled over the land. Immerse yourself in history, culture and dramatic scenery on this easy, half-day tour.

Your Cartagena adventure begins at the pier where you'll meet your guide for the scenic drive that begins at the historic port. The sights continually unfold and the expert commentary brings it all to life. The Manga residential area, for instance, is a dazzling tableau of stately "Republican" architecture with several mansions restored to their original splendor to catch your eye.

At the historic Castillo de San Felipe de Barajas, a magnificent old fortress, you'll quickly see why Cartagena was the most impenetrable city of the Spanish Main. This 17th-century construction is the largest Spanish fort in the New World, representing the most important work of Spanish military engineering in South America. A photo stop here allows you to capture indelible images of the massive walls and parapets where an extensive battery of guns commanded the bay.

After a short drive, you'll arrive at the old walled city where you'll have the pleasure of exploring the compact historic core on foot. Soak up the sights of this UNESCO World Heritage Site from a photo stop at the San Francisco Javier gun battery to the renowned San Pedro Claver Church. Built in the 17th century, the church displays exquisite statues and old-world furnishings honoring the life and work of missionary Saint Peter Claver, the patron saint of slaves and the first saint canonized in the Western Hemisphere.

Next, you'll wander the narrow cobblestone streets and city squares of the famed Old City. Marvel at the well-tended Spanish Colonial buildings, the age-old fortifications, and the intriguing blend of church domes, clock towers and shimmering ocean views.

Your next stop is the stunning Heredia Theater built in 1911 from the ruins of the old Mercy Church. Inside, enjoy a folkloric professional show of music and dance produced by the dance director, Giovanni Barandica from the Calenda Folclorico Group. Five distinct dances with costumes and accessories from three important regions of Colombia will be presented, from the Atlantic Coast (Cumbia and Fandango), the Pacific Coast (Currulao and Sanjuanero), and the Los Andes region (the Market Place).

Your tour concludes with a shopping stop at Joyeria Caribe in Bocagrande, noted for leather goods, coffee and, of course, emeralds! Colombia is the world's leading producer of quality emeralds. Local gem cutters are considered among the best in the world. And, with low Colombia wages, the finished piece can often be had for a very reasonable price. To get the best deal, learn at home, shop smart, and save on the souvenir of a lifetime!

Depart from the pier to San Felipe Fortess

Guided walk in the Old City

Transfer to location for the Folkloric show performance