Evita - Her Life in Buenos Aires 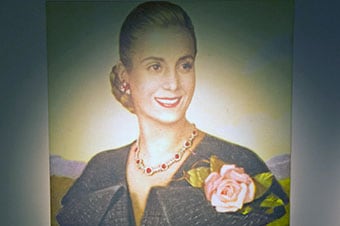 Are you a fan of the musical and movie hit "Evita"? Now you can explore Evita's adopted city, walk in her footsteps with a knowledgeable guide eager to share insight into a life filled with compassion, ambition, and personal tragedy while experiencing the landmarks of Argentina's capital city. This convenient disembarkation tour also includes same-bus transportation to the international airport for your comfort and ease.

Around the age of 15, Maria Eva Duarte moved to Buenos Aires to become an actress. She worked on stage and one of her great successes came from portraying a number of famous women on a special radio series, giving her the chance to play the likes of Queen Elizabeth I and Catherine the Great. She also was playing the role of mistress to Colonel Juan Perón.

Life changed dramatically when she married Perón and helped him get elected President. Eva Perón used her position as the First Lady of Argentina to fight for causes she believed in, including women's suffrage and improving the lives of the poor. She also unofficially ran the ministries of health and labor in her husband's government. A skilled speaker, she was adored by millions of descamisados, Spanish for "shirtless ones" but she was not without her critics and detractors.

Asked to run as vice president with her husband in 1951, she faced opposition by the army. Perón ultimately turned down the post possibly due to the health issues she was battling around this same time, stemming from uterine cancer. Perón made her last public appearance in June 1952, at her husband's second inauguration. The following month, she succumbed to her illness and died of uterine cancer in Buenos Aires on July 26, 1952.

She was given a funeral fit for a head of state, showing how much public support she had from the Argentine people at the time. Since her death, Perón's life continues to fascinate people around the world. The story of a poor girl who became a prominent political power has been the subject of countless books, films and plays. Tim Rice and Andrew Lloyd Webber wrote the hit musical Evita (1979), which was loosely based on Perón's life. Madonna later played Perón in the 1996 film version, with Antonio Banderas portraying Che Guevara.

Buenos Aires' streets and landmarks will give up their secrets during your tour. See them through Evita's eyes from the Plaza de Mayo, the political heart of Argentina, to the Casa Rosada (Presidential Palace) and the famous balcony from which she addressed her adoring fans. You'll visit her final resting place as well, viewing her tomb at the famed Recoleta Cemetery. A stop at the Evita Museum lets her story unfold through her personal objects. The Museum is housed in a mansion where her charity, the Eva Perón Foundation, once gave shelter to single mothers.

Reboard your motorcoach and return to your vessel.

Tour capacity is limited due to the limited space at the Evita Museum.

This tour is only available on transit calls and not on cruises ending in Buenos Aires.

Depart from ship and visit May square

Transefr to Evita Museum for a visit