Berlin by Train & the Royal Route to Potsdam 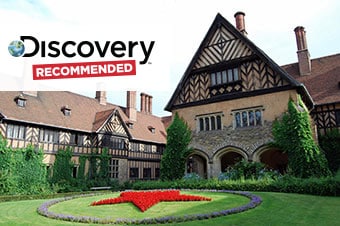 Your all-day tour begins with a scenic approximately 2½ -hour train ride through the Northern German countryside. A snack box and water will be served during your journey to Berlin, where you'll meet your guide and start the sightseeing tour of Berlin.

Berlin delights with legendary sights that reflect the ever-changing history of the city. You'll see some of the most significant symbols of the German reunification, including the ground where the Berlin Wall once stood. You'll also see the extraordinary 18th-century Brandenburg Gate, recognizable from the 1989 fall of the Berlin Wall. And no tour of Berlin would be complete without passing by Checkpoint Charlie, one of the most famous crossing points between East and West Berlin.

Afterwards continue on to Potsdam via the first Prussian Highway, Royal Route No. 1, which takes you over the River Havel on the Bridge of Glienicke, famous as a spy-exchange location during the Cold War.

Potsdam is steeped in Prussian royal and imperial history. Originally part of the Holy Roman Empire, throughout the centuries its diverse inhabitants have included Slavs, French, Dutch, Russians, and Bohemians. It was the official residence of the Prussian Royal Family from the 18th through the 20th centuries, making it similar to Windsor in the U.K.

Explore the city during a short orientation drive. Pass the charming Dutch Quarter, known for its red-brick buildings originally built in the 1700s.

Continue on to the grand estate, Sanssouci Palace, situated atop a terraced vineyard. Dating back to the 18th century, Sanssouci Palace is deemed one of the most beautiful rococo buildings in Europe and is considered a rival to Versailles. Its name means 'without care' in French, and it was the lavish getaway destination of King Frederick the Great. During your guided walk around the premises (head-sets provided) you'll feel your cares slip away in this lovely spot and its splendid gardens.

Then continue to your lunch venue close to Sanssouci Park. After lunch, your coach sightseeing tour continues, passing by breathtaking landmarks such as the powerful baroque New Palais (18th century) and the reconstructed City Palace which now houses the Parliament of the Federal State of Brandenburg.

Finally, your motor coach again will take you back to the train station in Berlin.

At the conclusion of your day, refresh with a snack box and bottled water on the train as you return to port.

The train ride between Warnemünde and Berlin is approximately 2 ½ hours each way. The train is air-conditioned.

Lunch will be in Potsdam or Berlin.

Depart ship by train (exclusively chartered for Princess) towards Berlin

Upon arrival in Berlin disembark the train, meet your local guide at the train platform and start your tour in Berlin

Panoramic tour of the city , see the Berlin Wall, the Brandenburg Gate and Checkpoint Charlie