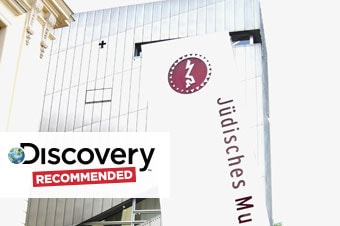 Your tour begins as you board a chartered train for an approximately 2½ hour-ride to Berlin, enjoying a snack box and water along the way.

Upon arriving, you'll board your motorcoach for a city drive to your first photo stop, the Berlin Wall where you can see a few surviving pieces.

Keep your camera ready for Checkpoint Charlie, the former border control point separating East and West, and for some East Germans, a gateway to freedom. Soviet and American tanks briefly faced off at this location during the Berlin Crisis of 1961.

You'll pass Unter den Linden Boulevard, a tree-lined, east-west thoroughfare through the city of Berlin, and witness such sights as the State Library, and Humboldt University, Berlin's oldest university.

Just a short stroll away is the Reichstag. Originally constructed to house the parliament of the newly founded German Empire, the glass dome designed by architect Sir Norman Foster is one of the city's major landmarks today.

Next you'll make a stop at the Holocaust Memorial, a poignant and powerful landmark , also a place of hope in the heart of Europe and Germany's capital.

You'll continue to the old Jewish Quarter walk the old and narrow streets, pass-by the new Synagogue/Centrum Judaicum and have a look at the oldest Jewish cemetery of central Berlin (closed on Saturdays), devastated by the Nazis during the war, now featuring a remarkable memorial site.

Afterwards, you will make a visit to the Jewish Museum, where you'll enjoy a complimentary cold box lunch, and take a partly guided tour of this modern building shaped as a deconstructed Star of David. Designed by Daniel Libeskind and completed in 2001, the museum offers insight into German-Jewish life, including a brief inside look at the Holocaust through numerous personal documents and objects. The building's special features include spiraling walls, sloping floors, a windowless Holocaust Tower, and symbolic lines of windows that resemble wounds.

You'll continue to the western sector and drive by the Victory Column, a landmark that celebrates the military successes of Prussia over Denmark, Austria and France, and pass Bellevue Palace, the official headquarters of the President of Germany, and Congress Hall.

When it's time to call it a day, you'll travel back to the train station. Water and a snack box are yours to enjoy on your return train ride back to the pier.

The train ride between Warnemunde and Berlin is approximately 2½ hours each way. The train is air-conditioned. For security reasons, passengers must check large bags at the museum entrance and undergo a security screening to enter the museum. On Saturdays the cemetery in the Old Jewish Quarter will be closed. Passengers should wear appropriate conservative clothing which covers shoulders and knees. Headsets are provided for the walking tour of the Old Jewish Quarter. Please note that the permanent exhibition of the Jewish Museum is closed due to renovations works. Local currency is recommended for shopping. Wi Fi is not available on the train. This tour is not available to passengers beginning or ending their cruise in Warnemunde. Tour sequences may vary to avoid congestions at venues.
The coach for the city tour is equipped with seat belts, guests are required to use them. Guests may not stay on the coach during free time. The tour runs during all weather conditions. Guests should be prepared for the possibility of rain.
It is advisable to bring some small change of Euro coins as some shops do not accept other currencies nor Credit Cards for small purchases (furthermore, guests may have to pay for public bathroom facilities, usually between 50,- cents and 1,-Euro pp). Shopping location may vary as most shops are closed on Sundays and bank holidays. Only a few souvenir shops may be open.

City tour continued including Pass by of Checkpoint Charlie

Photo Stop at the Brandenburg Gate and Reichstag's building

Photo stop at the Holocaust memorial

Walk through the Jewish Quarter (including Pass-by of New Synagogue)

Departure Berlin to Warnemuende via train